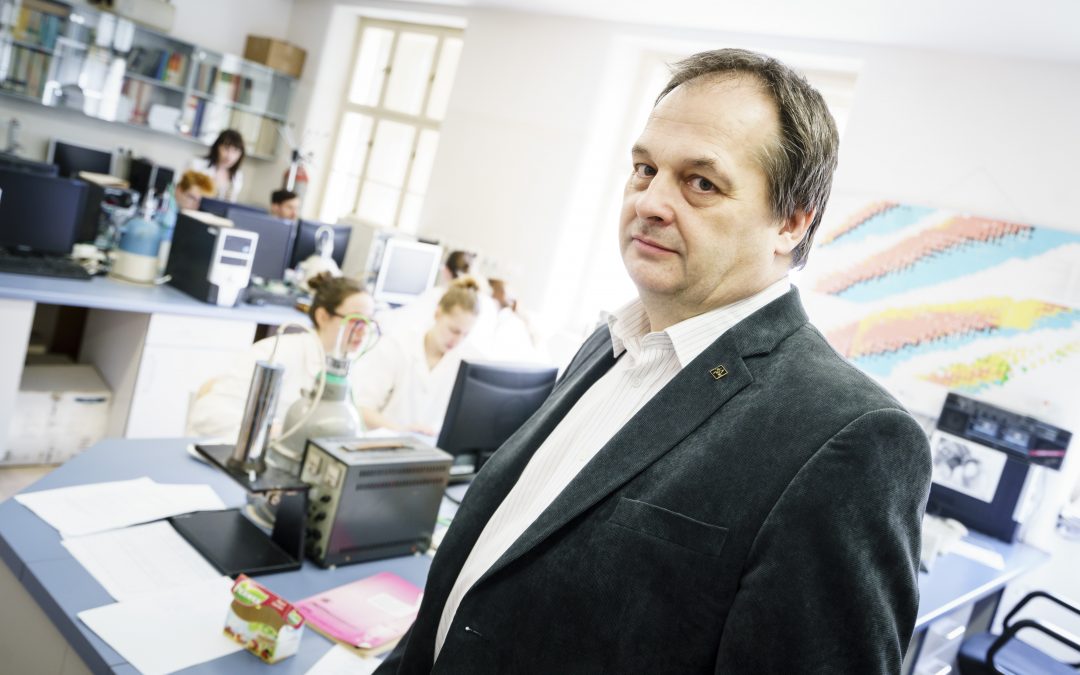 Prof. Igor Jex, Director of the Centre of Advanced Applied Sciences (CAAS), was awarded the CTU Medal of the First Degree in November 2022. He was nominated for the award for his long-term contribution to the scientific and pedagogical development of the university, as well as for his leadership of the CAAS project.

Prof. Igor Jex has been working at the Department of Physics, Faculty of Nuclear Sciences and Physical Engineering, CTU in Prague since 1997, when he returned from a series of post-doctoral fellowships in Japan, Finland and Germany. He has long been giving or has given basic lectures in theoretical physics, thermodynamics and statistical physics at the undergraduate level, and specialized lectures in quantum information and communication and quantum optics at the master’s and doctoral levels.

He was Head of the Faculty of Physics from 2006-14 and Dean of the Faculty from 2014-21. During his leadership, the CF experienced a tumultuous development, with the establishment of degree courses in mathematical physics, nuclear and particle physics, and thermonuclear fusion physics, and the department became a leading teaching and research institute in these fields at the university and national level.

As Dean of FNSPE, he strengthened cooperation between the faculties of CTU in Prague in the scientific and pedagogical field, e.g. in the OP VVV project Centre of Advanced Applied Sciences (CAAS), in the quantum communication projects Open QKD and EURO-QCI, or in the NPO project Quantum Informatics, which aims to create a Master’s degree programme in cooperation between the faculties of FJFI, FIT, FEL and FS. Thanks to his international contacts and scientific results, he contributed significantly to the internationalisation of CTU.