END_OF_DOCUMENT_TOKEN_TO_BE_REPLACED

CAAS: an Evening of Celebration 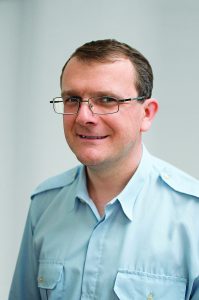 The Rector’s of the Czech Technical University in Prague (CTU) Award for outstanding scientific achievement was given to doc. Ing. Libor Šnobl, Ph.D., from the Faculty of Nuclear Sciences and Physical Engineering, CTU in Prague (FNSPE) together with Antonelle Marchesiello, Ph.D., from the Faculty of Information Technology, CTU in Prague (FIT). They collected the award for the work Superintegrable systems in magnetic fields in three spatial dimensions on 21 January 2020 in the Bethlehem Chapel at a ceremonial meeting of the Scientific Council of CTU.

Joint work of doc. Libor Šnobl and Antonelle Marchesiell improves the understanding of superintegrable systems, especially when comparing magnetic field and scalar potential systems as well as possible physical applications, e.g. in plasma physics. Superintegrable systems, i.e. integrable systems that have additional motion integrals, constitute an important class of mechanical systems. The focus of the research is the investigation of superintegrability in magnetic fields in three spatial dimensions. Its results are relevant, for example, in the research of magnetic vessels needed to maintain plasma during thermonuclear fusion.

“The work is the result of intensive international cooperation. The main partner is the Center de recherches mathématiques, Université de Montréal, whose laboratory of mathematical physics is doc. Libor Šnobl external associate member since 2018 and which is the primary location of prof. Pavel Winternitz,”states the petitioner prof. Igor Jex.

END_OF_DOCUMENT_TOKEN_TO_BE_REPLACED 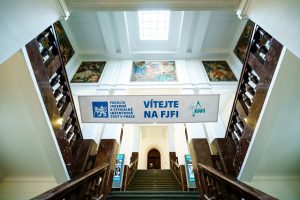 Scientists, top managers, programmers, high-ranking civil servants, but also specialists in hospitals and various other workplaces – those are the jobs of graduates from the Faculty of Nuclear Sciences and Physical Engineering of the Czech Technical University in Prague (FNSPE). The Faculty emphasizes its scientific focus and engages master’s degree students in research, but there is also a demand for its students from outside companies and organizations. Even visitors to the Open Day at the Faculty can find out more about it on Tuesday, November 26, 2019 from 9.00 am.

“The Faculty has been cooperating with several dozens of different institutions and companies from various fields and countries for a long time, and scientific activities are also carried out in part for external partners. It is not only a question of understanding their field, but students also learn teamwork and communication, and these skills and knowledge are highly valued at university and elsewhere,” explains prof. Igor Jex, Dean of FNSPE.

Students often work on projects abroad – for example in CERN, Switzerland; ITER in France; BNL in the USA; and others. The Faculty boasts a high proportion of doctoral students from the total number of students – over 25 percent. “We do not deny that studying at our Faculty is demanding, but thanks to the involvement of students in research they can relatively simply take the next step and obtain a doctorate in addition to a master’s degree. Moreover, one of the largest projects funded from EU funds, which CTU in Prague has obtained, the project of the Center for Advanced Applied Sciences (CAAS), incorporates the involvement of students,” adds prof. Igor Jex, who is also the director of the CAAS project. Out of the total number of more than 1,200 students, more than 300 study Ph.D at the FNSPE in the 2019/20 academic year. 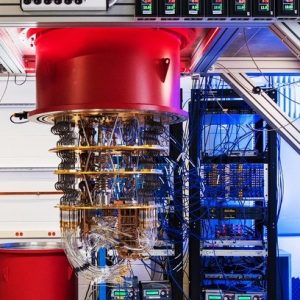 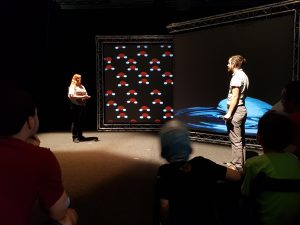 Particle physics, technicians, and artists have been interconnected within one of the sub-programs of the PARTPHYS research program, which focuses on particle and nuclear physics as part of the Center of Advanced Applied Sciences project (CAAS).

The subprogram called Language for communication between science, art and the public makes a connection between particle physicists, artists, and technicians and enables them to cooperate within the Institute of Intermedia (IIM) at the Faculty of Electrical Engineering of the Czech Technical University in Prague (FEE).

Particle physics deals with the smallest building blocks that science has so far been able to identify, the particles that make up the atoms and their nuclei. Experts from the Department of Physics of the Faculty of Nuclear Sciences and Physical Engineering (FNSPE) therefore prepared several lectures on particle physics for students and teachers of industrial design working in IIM in several workshops. In addition, they presented various works of art inspired by science.